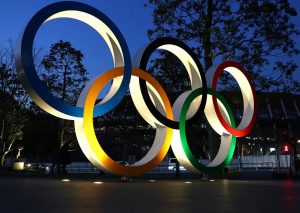 The British team won medals across 18 sports and finished second behind China at the Tokyo 2020 Paralympic Games .

ParalympicsGB  had a phenomenal medal haul and reached the podium in more sports than any other nation at a single Games.  226 athletes competed in the 12 day competition held in Tokyo after an extremely difficult 18 months as the COVID pandemic brought the world to a standstill.

ParalympicsGB’s traditionally strong sports, such as cycling, rowing and equestrian, once again proved to be the best in the world.  There were also outstanding performances from the wheelchair fencing, judo and table tennis squads.”

Every member of ParalympicsGB’s 20-strong cycling squad won medals in Tokyo, spearheaded by Dame Sarah Storey who became Great Britain’s most successful Paralympian of all time, winning three events to reach 17 golds in a stunning career.

In the dressage arena, Sir Lee Pearson moved to third on the all-time list of ParalympicsGB medallists with three golds in Tokyo.  This was his 14th medal across five Games. Joining the him on the podium was Georgia Wilson, one of 48 Games debutants in the ParalympicsGB team who return home with silverware.

Swimmer Reece Dunn won  five medals – three golds, a silver and a bronze – making him the most decorated athlete in the ParalympicsGB squad for the Tokyo 2020 Games.

There were medals too for British athletes in taekwondo and badminton, new additions to the Paralympic programme for Tokyo 2020.  Beth Munro, Amy Truesdale, Dan Bethell and Krysten Coombs all reached the podium.

ParalympicGB’s wheelchair rugby team struck gold for the first time at their sixth Games, beating three-time champions the USA 54-49 in a thrilling final. Kylie Grimes, the sole female in the British squad, also made history as she became the first woman to win wheelchair rugby gold.

Experience also paid off for table tennis player Sue Bailey who, after competing at six Paralympic Games, secured her first Paralympic medal alongside teammate Megan Shackleton. Para canoe’s Jeanette Chippington was ParalympicGB’s oldest medallist with bronze out on the water in the women’s VL2 event. The 51-year-old first pulled on the British vest at Seoul 1988 in a remarkable Paralympic career that has spanned five decades.

Meanwhile 17-year-old swimmer Ellie Challis, ParalympicGB’s youngest athlete in Tokyo, exemplified the star quality of the next generation of young athletes with silver in the women’s 50m backstroke (S3).

Summing up the performance of the team over the last 12 days, Chef de Mission Penny Briscoe OBE said:

“The performance of the athletes will live long in the memory and their impact will transcend these Games – inspiring the next generation, giving hope and happiness, and positively influencing change through what they have delivered on and off the field of play.

Have you been inspired?

If you are living with a disability and have been inspired to try out a new sport try these websites for clubs in your area:

rda.org.uk/ Riding for the Disabled

At the heart of our challenge is the importance of exercise on mental and physical health so even if you can’t become the next dressage olympian you will be boosting your health.

As we head into September and the 6th month of the Challenge we have racked up over 5000 miles.  We have a very long way to go so please don’t forget to send in those miles.  You can let us know via the email sil25k@s4il.co.uk.

Don’t forget that we are also raising funds for Megan Baker House and you can donate at www.justgiving.com/fundraising/sil-25k-challenge