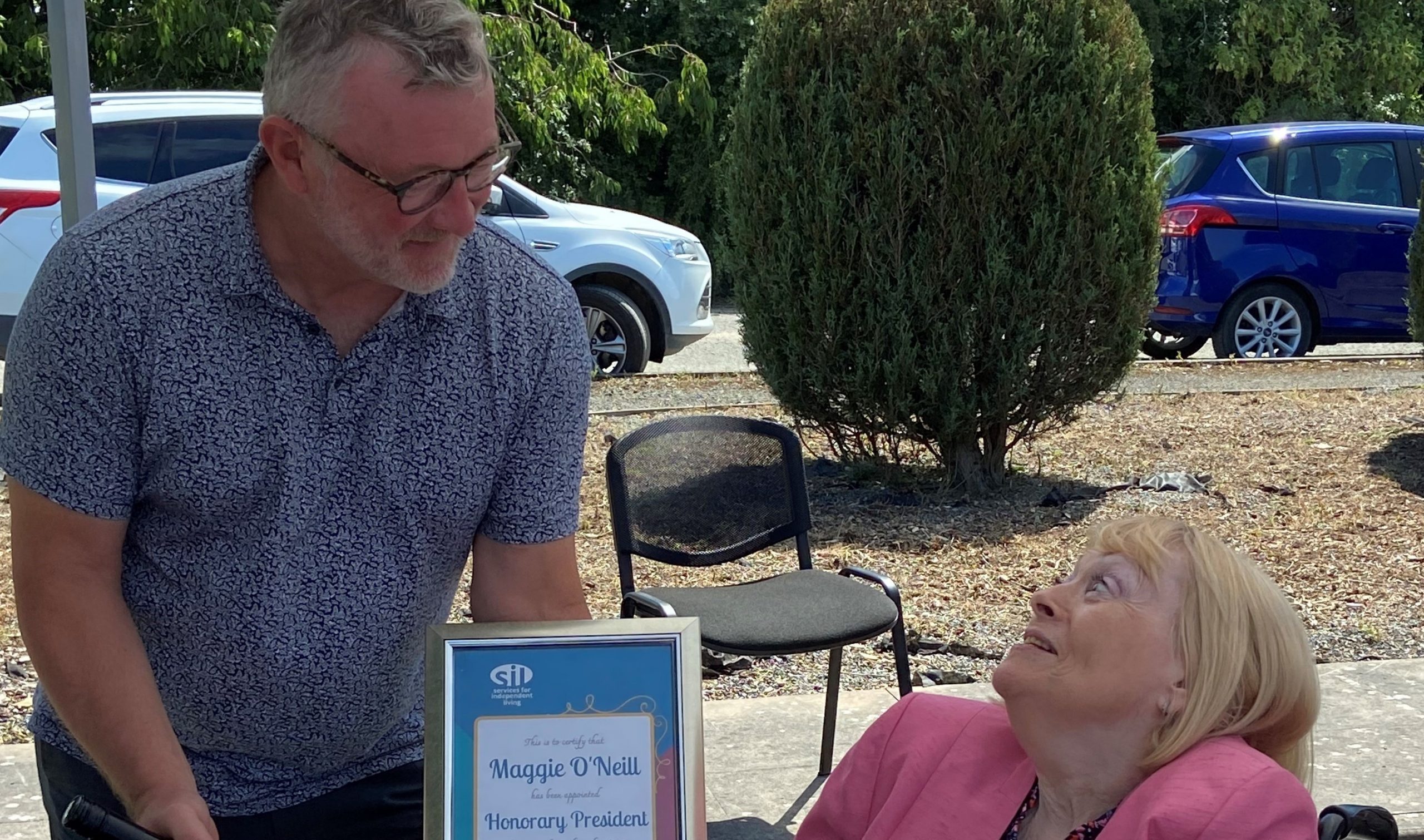 Maggie O’Neill, one of the founding members of the charity, has recently stood down as a trustee after 25 years of working tirelessly for SIL. To mark this dedication to the charity, SIL has awarded Maggie the position of Honorary President, the first time this has been done in its quarter century history.

Euan McPherson, CEO, said: “Maggie is a truly remarkable individual who has given so much to the organisation and I am pleased we are able to acknowledge that in this way.”

Maggie became one of the small group of people who in 1996, campaigned for the right to have a direct payment. The group were successful in their campaign and as a result the Herefordshire Centre for Independent Living was formed, which later changed its name to Services for Independent Living.

By this time the organisation had become a registered charity and was not only supporting people to employ their own personal assistants, but also providing supported living in people’s own homes.

Maggie said: “Much to my surprise and delight, and with some fear and trepidation, I was asked  by the founding members, Barbara Millman and Marion Tweed-Rycroft, to join them as a Trustee .

“Since then I have learnt so much both as a Service User and a Trustee, even becoming Chairperson of SIL for a short time, before ill health took its toll.

“From thinking I had very little to offer the organisation I am overwhelmed by the appreciation I have received for the contribution I have made over the years and I am thrilled to be appointed Honorary President of SIL, assuring my continued relationship with the people who work for and are supported by  SIL.”

For more information about the work SIL does, or to enquire about working for this award winning organisation, call 01568 616653 or email: contactus@s4il.co.uk or visit: www.s4il.co.uk

Photo – Euan McPherson, CEO with Maggie O’Neill, at the Garden Party on the 7th July